We, me, swapna, Ankit and pragya, had been on a trip to Budapest and Bratislava during March 2016. Bratislava was essentially a check box to be checked during the trip.

Budapest offers a wide variety of experience ranging from Prague-esque Castle on the hill to Turkish bath-esque Thermal pools but the most awesomest of them all was Haveli. Haveli was the best Indian restaurant I have ever been to in all of restaurants we have been to thus far and  discounting the Italians in their trattorias or Spanish in their Iberian hams.

Haveli is essentially an Indian restaurant in Budapest in its own bubble where everything is Indian about the food like in India. The waiter gets surprised in a wrong way if you tell him to hold back the spice in dal tadka or says it is par to make the biryani a little spicier than normal. Where the pungent spice would make your eyes water because it has no way out and goes into your eyes making you squeamish but also exhilarated about the food to follow. Where the food is so much like in India you start bickering which dish was the best. Where after a tiring day or travel to another country, you only worry about whether you will be awake to eat in Haveli.

Urquell was also the first blond beer which means it was made with coal there by leading to less dark beers than available at that time.

Review: Urquell tastes like Kingfisher beer of India of which I am a big fan owing to its light flavour. Goes well with all occasions and food 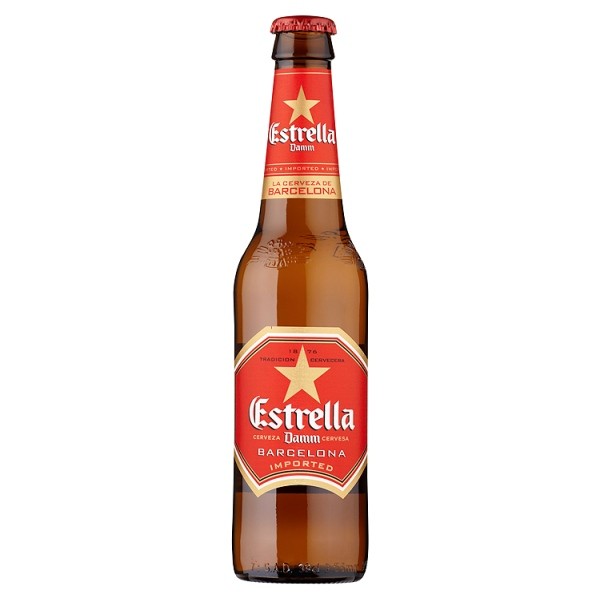 Estrella Damm is one of the first beers I had when I started writing this year but I was not convinced it deserved to be mentioned. However, like a good wine paired with the right food makes for better satisfaction so also the right beer in some cases

Beer: Estrella Damm is an pilsener brewed in Barcelona and is to be paired with tapas and other Spanish food

It has been a little more than 3 months since I started writing about beers and Project 52 as part of my new years resolution and can proudly state that among my 2 resolutions that have survived so far, this is one of them.

What I have learnt so far is that there are so many bers out there that it is practically impossible to taste all of them without killing yourself or ending up with serious problems related to liver or heart. However, just trying to start of something simple such as project 52 means I can choose what I want to try next in terms of type of beer or locale of beer. Initially, my thought was that I would solely be putting on belgian beersbut as time has progressed, I have tried out beers from Germany/Berlin, Hungary/Budapest. I now explore beers as part of the trips we, me and swapna, embark on. It also gives me more things to look forward to and take in during the trip other than just the landmarks, sights, events, cuisines.

Even though I have only posted 12 beers so far, I have sampled more than 20 of them but have been lazy to keep typing all in.

Beer: Berliner Pils is a beer of the DDR (GDR for the Non-Germans/East Germany for the totally non WW2 folks) and it tastes as such. It is reminiscent of the post WW2 cold war days when the only things you could get in East Germany was obsolete, cheap or unusable. Berliner Pils does feel like one of the workman-like beers

Brewery: The Berliner Pilsener Brewery was constituted as the VolksBier( Folks Beer) in 1960s and has continued to retain the pride of brewing beer with a “Made in Berlin” tag

Review: Good but not great