Luxembourg was one of those weekend getaways that we always wanted to do but never found the time or the inclination until suddenly, we felt we had not travelled in a while and needed to get out. Booking travel tickets to Luxembourg was not a concern as we could buy tickets last minute but the stay was a problem for sure. As we could not find a good Airbnb option, we were forced to book an IBIS hotel room. Our first Hotel in ages I must say. We had initially planned to stay at Michelau and go hiking but without adequate stay options, it seemed a hassle and we decided to go to Luxembourg City.

Our journey to Luxembourg began with a scare as there were no trains scheduled in time from Eindhoven to Maastricht owing to some repair work but then we managed to make all the trains in time to get comfortably settled on the train from Liege to Luxembourg city. The train journey is 2:35 hours long but does not feel as such. in fact, as it winds through some picturesque places, it makes it really enjoyable.We did not have much company on the train until about 30 mins from Luxembourg city when a horde of teens came into the compartment and played songs in full volume causing some older passengers discomfort.

At Luxembourg city, we dropped off the luggage in the hotel room and were disappointed at the size of the room as it was too small and barely functional. Not worth the money we paid. However, we did not come to Lux city to stay but in fact just to get some rest. We freshened up and left to explore the city which is what we came for. We ran into a Ramen Shop right near the Hotel and we went in to check. The portions seemed adequate and smelled really good. I ordered a pork Noodle Soup while Swapna ordered a vegetarian one. My Noodle soup was the better of the 2 but her’s was good too. After having such a nice meal, the stroll through the city seemed like a good thing to do and we headed off in the direction of the Royal Palace. As Luxembourg City is a very Labyrinthine place with Hills and Valleys, we passed through some scenic sights from the hilltops and then descended to explore the valley. We explored the Grund area which was amazing as it still retained a sense of the bygone eras. Also, passing past the Grund area, we made our way to Casemates du Bock which is about 18th-century Tunnels and also served as WW2 Shelter from Air raids. This is when disaster struck and my old Nexus 6p died with 30% battery still left leading to some panic as we were on some location without a reliable route to get back and after frantically charging it with the Power bank, we managed to get the phone to switch and find our way back. In the night, I decided to order the Essential Phone PH1 which I had been eyeing but had been procrastinating buying as I was also waiting for a proper comparison with the Razer Phone. But then the price of the $700 Essential Phone dropped to $449 and I decided to get it shipped from the US. Later on, another day, I found Camera+Phone had dropped to $399, causing some slight heartburn but that is for another day. 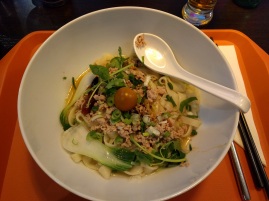 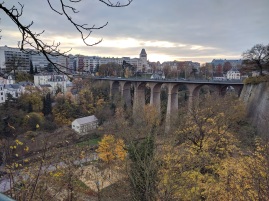 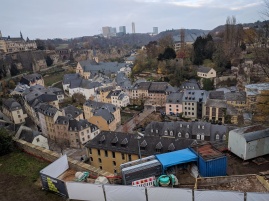 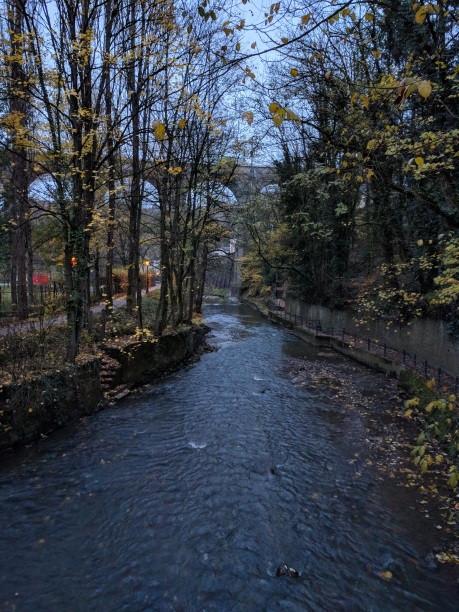 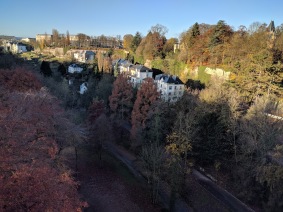 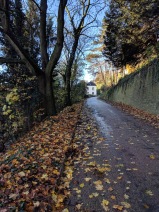 Day 2, we decided to cover the 2 places we had not managed to cover the previous night, Notre Dame cathedral and MUDAM, Museum of Art, After having a hearty breakfast of Croissant and Coffee, we got out on a nice stroll past the Adolphe point which makes for a marvelous point to watch the colors of Fall and then past Notre Dame Cathedral. There are 2 roads to MUDAM, one that is the regular road for Cars and Cycles and the shorter route through the hills. We took the hilly route which was exerting but after about 25 minutes of climbing, we made it to the top. The view from the top is scenic. After resting for a while, we made our way back to the Hotel en route a Pizza Hut pitstop for some well-deserved Pizzas and packed our bags to get back to Eindhoven. The way back passed through the same scenic routes minus any noisy teens. I managed to finish 2 books, David Dalglish’s ShadowBorn and Dan Brown’s Origin. Both turned out to be disappointing as I was expecting a fitting finale to David’s final book of the Trilogy and Dan’s book followed the tried and tested storyline that we have now come to expect with Robert Langdon series. The information provided is interesting even though the storyline is not. And an uneventful journey later, we were back in Eindhoven from a satisfying travel. Until next post