Among the few countries left in the Balkans, Swapna and me decided to visit Romania and Greece this time. We have truly fallen in love with the Balkans as there are a lot of stories to hear without the extreme commercialization of West Europe. Greece is an exception and is generally considered a role model for the other Balkan countries. We were also looking forward to be joined in Greece by my uncle and his family who we are quite close to.

How Romania got planned first in the itinerary is an interesting story. When I was trying all permutations to book to the 2 countries, I was trying initially with the first country as Greece and then on to Romania, this was costing close to 225 euros per person. However, when i reversed the order, the cost dropped significantly. To the extent, that the cost of entering Romania first and exiting via Greece cost all of 125 euros per person. the cost of Eindhoven to Bucharest leg was 12.5 euros per person and considering it is a 3.5 hours flight, I could not believe it. I also received a survey from Airbnb if i wanted to be a part of a survey in return for a gift and of 150 euros. All I had to do was share my reviews and experiences 8 times during our stay in Bucharest.

Before embarking on this trip, I had booked many guided tours as the public transport between cities was not really great in Romania and Greece and hence covering what we needed meant spending excessive time and energy for minimal gains. In Romania, we found Interesting Time Bureau as the best folks for showing around Bucharest with plethora of attractions and themes, including street art.

We were greeted with crappy weather when we departing from Eindhoven and were delayed by 2 hours as there was quite a bit of turbulence up in the sky but that did not dampen our enthusiasm. We had an uneventful rest of the flight and arrived in Bucharest to some nice weather with slight humidity and warm climate. However, getting past the immigration turned out to be pain with the officer looking at my passport, visa and my face for a few minutes to verify my identity peppered with questions such as why I was there, How long I was staying for etc etc.

At the airport after the immigration, I realized, we have no local currency and the ticket counter accepts only cash. When we were pondering where to convert Euros to Lei, a lady named Anka helped us out by buying us one way tickets to the city and refused to accept money for it. From the Airport to the city, she kept sharing some tidbits on the city and places we were passing by. One of my first thoughts on seeing Bucharest was how much it resembled Bangalore before the landscape was ripped apart to make way for the buildings. Bucharest is filled with wide, green boulevards and smaller avenues much like what Bangalore used to be.

We were greeted by Argentina at the apartment and it was going to be our living space for the next 3 days. After settling down and relaxing for some time, we had to get going to make it to our first Bucharest tour, The Absolutely Bucharest tour, by Interesting Times. We were met at university square by Livia, who was our guide for the next few hours.

Livia took us on the walking tour showing us the city in reverse chronological order with the the most recent events first. Our first stop was at the National Theater which has been around for 150 years and it has seen revolutions being born in the space around it. It had also been covered up in an attempt to blend in to the Soviet era communist style of buildings. We then passed by the churches and the old town area learning more about the city’s transformation under Ottoman influences and Vlad’s influence. Few of the the sights that stood out were the ruins of Muzeul Curtea Veche which belonged to Vlad Tepes a.k.a Vlad the Impaler who is now immortalized as Count Dracula. There is a bust of Vlad Tepes on the ground of the ruins. The other sight was Hanul Lui Manuc which used to an inn for merchants to rest for the night and is now an up and coming Romanian restaurant featuring authentic food and recreating the forgotten glory of the establishment.

After the tour, we headed in to the old town for a drink at Food Hood and we had a nice chat about how life was during the times of Nicolae Ceaușescu, the secretary of Romanian Communist Party and how life is in general in Romania. I was surprised to find out about the Light Revolution in Bucharest which had happened in February which had a turnout of about 300K people protesting the passing of Parliament bills offering leniency and pardon to criminals. To my surprise, the city did not show any signs of ever being host to any protest as life seemed very normal and predictable.

After the tour, we headed back to room picking up supplies for the next couple days and some rest.

Day 2 began with a lazy breakfast followed by a full day tour of Bucharest with emphasis on Communism and relatively modern Street art crews growing. Our guide was Mircea who runs a Kite Surfing set up in Bucharest. Mircea was around my age but had traveled much more. He had lived abroad in Philippines and had returned home for his son to grow up knowing Romania.

We began with an exploration of how the city had gotten transformed under Nicolae and the various stories surrounding the kind of leader he was. We walked around the boulevard around the People’s palace which housed all of  2 people: Nicolae and his wife. The boulevard is impressive and is model after the French Champs D’Elysee, right down to the fountains. This was followed by the Mohallas in the Bucharest. Basically, each Mohalla represented a Guild like Mohalla for jewellers, Blacksmith, Fishermen etc. We then explored the street art scene with the various murals of crews like Sweet Damage Crew, Allan Dalla. These artists really give a different dimension to expression of imagination.

We retraced the steps of a Serial Killer, Ion Rîmaru, who had terrorized Bucharest nearly half a century ago and also visited the Cărturești which is a bookshop, cafe and exhibition, all rolled perfectly into one cozy space.

To wind up the day, we had a good lunch at Caru Cu’Bere which is nearly a century old and serves some amazing Romanian Cuisine, all without breaking the bank. 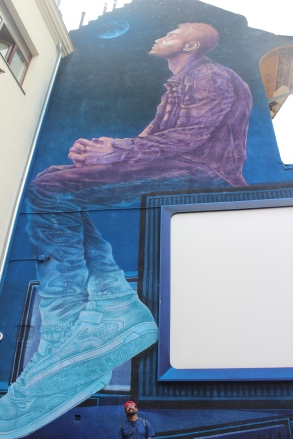 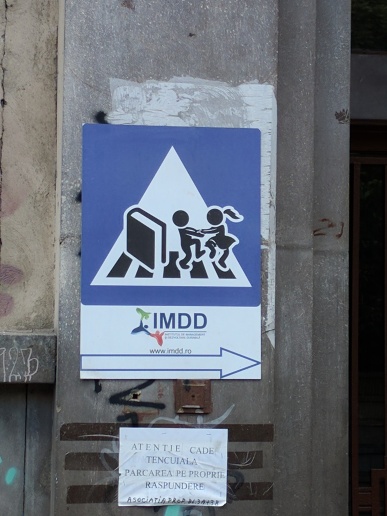 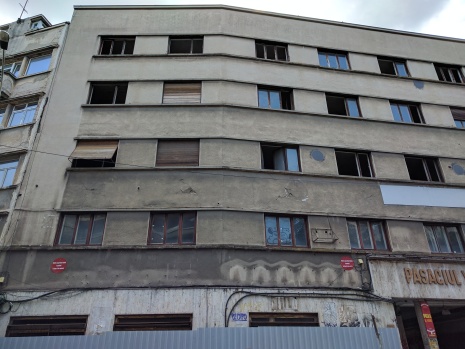 I wanted to get a shave before our trip to Athens as I did not want to go through the pain of getting in and hence headed to Mr Blade for a shave. During the shave, Mikhail, the barber decided to strike up a conversation and was asking me about India. he told me that he had heard some creepy things about India; due to which I ended up telling him about Aghori Sadhus which indeed creeped him out. Not my intention but happened. I kept my mouth shut to avoid any further conversation and wanted to be done with the shave as soon as possible. After this and the  heavy meal, we headed home for a nap. A hearty lunch followed by a nap is when man ascends heaven for a short while

In the evening, we decided to check out the Journey man pub for a drink and small eats. The weather was fantastic for a drink. However, the pub was an average place to get to with everything overpriced and nothing worth visiting for.

Due to a lack of proper travel options, I had booked a guided tour for Day 3 also. I was expecting a small tour and it turned out that we had a private tour as others on the trip had cancelled which was great news for us.

We were picked Roman Athenaeum by Matthew and our first stop was Targoviste which is nearly 2 hours drive away. At Targoviste, one can see the former princely courts and see more into the life and times of Vlad Tepes. Matthew was very knowledgeable about Vlad Tepes and an excellent story teller. As we ascended the 150 steps of the tower, he stopped by each artifact to explain in detail the relevance and significance. After ascending the tower, we descended in to the Dungeons which are now bare but would have been a nightmare to be in as it is uncomfortable and damp all the time. 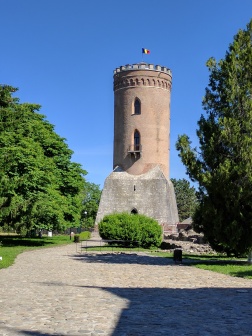 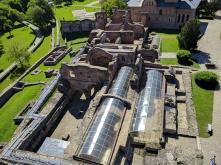 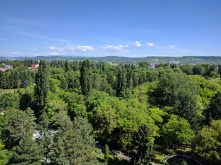 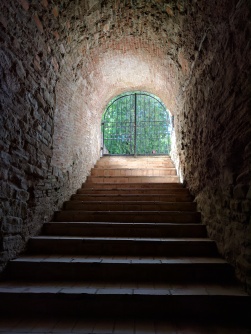 From Targoviste, we visited the Curtea de Arges monastery where we did not stay for long as we have visited many such before. However, for once we could understand how foreign tourists feel in India when they see the discrimination in ticket prices as the tourists are expected to shell out 10x the cost of Romanians which somehow I was ok with.

After the monastery, we had a long drive towards the Citadel but we received some bad news on reaching the citadel. As there was a spate of bear attacks on tourists in the region, none was allowed to climb the steps to the citadel. Disheartened, we moved on to Vidraru Dam. To reach the dam, we entered the Transfagarasan road which was named as the most beautiful road in the world by Top gear and we could see why. The winding roads, the lush greenery and flowing hills makes for one beautiful sight not to be missed. Nestled among these hills is the Vidraru Dam made by emulating the Hoover dam construction. After the dam we headed back to Bucharest followed by a dinner of Pizza Hut and sleep 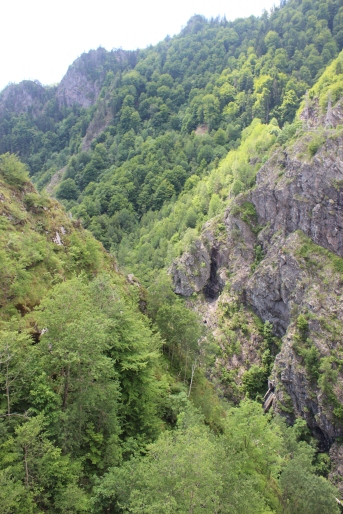 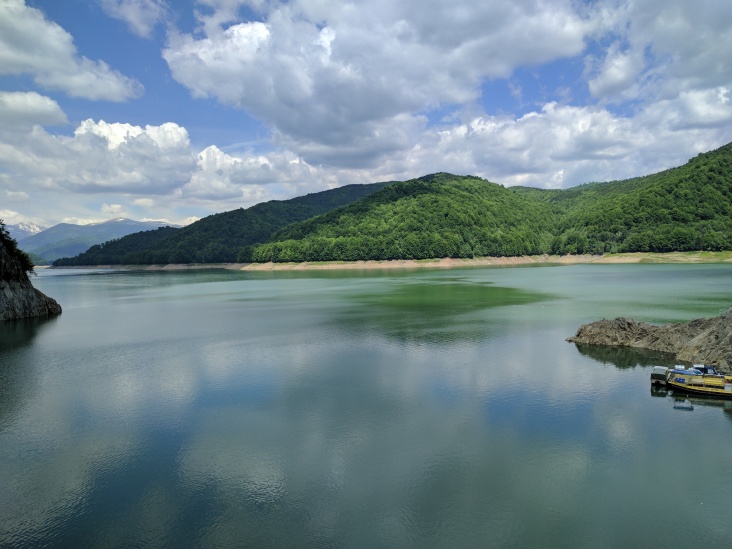 After a minor hiccup at the immigration again with my identity being verified again for a few minutes, i was allowed to get on with my flight and after 2 hours, landed in Athens